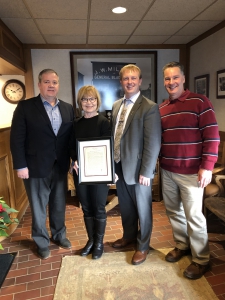 In 2019, Millar Western is marking its 100th anniversary of incorporation. West Yellowhead MLA Martin Long recognized this milestone in the Alberta Legislature on November 26, noting the centenary as a tribute to the vision of the company and the sustainability of Alberta’s renewable forestry sector.  We thank the Legislature for this honour, and MLA Long for his kind words.